White House officials report that on Wednesday, President Trump received a letter from North Korean leader Kim Jong-un. The contents of the letter were so far not disclosed, but officials say Trump has written a letter in response, to be delivered soon. 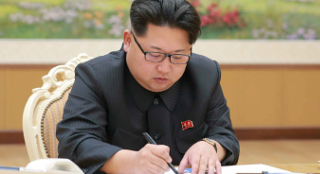 How significant these letters are is unknown, as certainly the US and North Korea have, since the previous summit, set up more direct lines of communication. That said, President Trump made much of a previous letter from Kim, so he may consider these essential.

White House officials did offer more details on the diplomatic process, however. Despite President Trump Tweeting on Thursday that he looks forward to seeing Kim “soon,” the White House says there are no meetings planned nor signs that they’re really being discussed.

That is a disappointment, and something of a surprise. President Trump and Kim both invited one another for visits after the summit, and both accepted the offers. While we obviously don’t know everything that’s being discussed, the White House intends clearly to give the impression that none of this is happening any time soon.