The European Court of Human Rights (ECHR) concluded a protracted investigation into CIA black site detentions within signatory countries on Thursday. The ECHR concluded that both Romania and Lithuania knowingly hosted such detention sites. Poland had already been found four years ago to have done so as well. 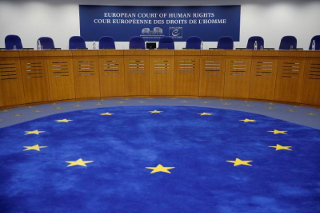 The secret detention centers contravene the European Human Rights Convention, of which the nations are signatories. The convention prohibits torture, and the court noted the nations definitely knew CIA treatment would be in violation of this.

The two nations had yet to publicly admit to hosting the sites. Lithuania hosted such a site from 2/2005 to 3/2006, while Romania’s site went from 9/2003 to 11/2005. Lithuania’s site included detention of Zayn al-Abidin Mohammed Husayn, a stateless Palestinian, who Lithuania subsequently allowed the CIA to move to Afghanistan for further torture.

The court has ordered both nations to conduct internal investigations into the hosting of the illegal facilities, and to punish all officials responsible for hosting the US sites. Lithuania already did one investigation back in 2010, but that claimed the site never hosted prisoners, which has since been disproven.