Faced with intense pressure from NATO, the European Union agreed Wednesday to a new plan which aims to standardize the size and durability of bridges and tunnels across the union. This is to be done for military purposes. 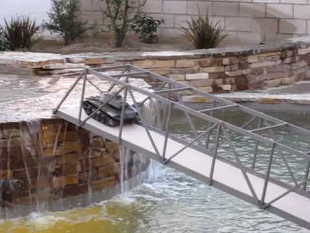 At present, each of the EU’s 28 countries has separate bridge regulations. The EU intends to impose a new set of regulations over the top of the existing ones to make it easier to perform massive troop movements across the continent.

This is the latest in a common conceit in the new Cold War environment, that militaries from Western Europe are going to have to race across the continent to engage in a huge ground war with the Russian military.

Some of the EU nations don’t have huge collections of military-strength bridges designed to allow armored columns to speed across them for World War 3, and that appears to be the source of this new regulations, which impose new costs on certain EU nations stuck meeting the new NATO-mandated specs.