British Prime Minister Theresa May has contacted President Trump Wednesday to thank him for announcing the closure of the Russian Consulate in Seattle, and the expulsion of 60 Russian diplomats from the United States. 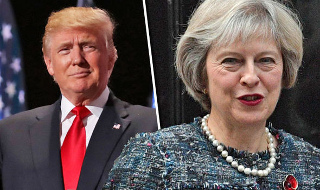 According to British officials, May told Trump it was a “very strong response” to Russian aggression, and had led the way in a new round of expulsions, now announced by at least 26 different Western nations.

The expulsions are nominally to protest Russia having poisoned a former spy in Salisbury. Russia, however, denied that they were behind the poisoning, and Britain has failed to produce evidence. Indeed, the test on the poison hasn’t even been completed, and won’t be for at least two more weeks.

This is raising concerns that everyone is getting way ahead of themselves in “punishing” Russia for something that they only assume they did. British officials have repeatedly declared Russia guilty, and made increasingly preposterous allegations, like Putin “personally” ordering it, despite having nothing to back such claims up. Britain is clearly comfortable with wild accusations, and the US seems to be fine with going along and not asking too many questions.

5 thoughts on “British PM May Thanks Trump for Expelling Russians”