According to top rebel commanders, a fierce Sunday night gunbattle killed Moammar Gadhafi’s son Khamis — for the third time this month. Presumably, rebels were quick to bury the top military figure this time. 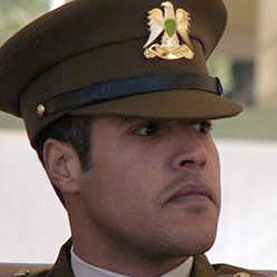 It was not just the third time overall for Khamis to have been allegedly slain in a fierce battle, but the second time in just the past week: one week ago today rebels announced finding his body in the wake of a major clash along with Gadhafi spokesman Abdallah Senussi — also later said to have been merely injured.

Before that, around the beginning of the month, rebels proudly announced that a NATO air strike had killed 32 people, and that Khamis was almost certainly among them. At the time rebels said the body had not been recovered; it is unclear what happened to last week’s “body.”

Despite rebel confidence that Khamis Gadhafi is now truly dead, officials also say that the war is “not over.” The NTC is also planning to lodge a formal protest with the Algerian government demanding they hand over three more Gadhafi children, including Mohammad, whom they briefly captured before.