The Obama Administration’s cables railing about Germany’s Free Democratic Party in general and leader Guido Westerwelle (now Germany’s Foreign Minister) in particular came with references to an unnamed informant the US had on the inside of the FDP who was eager to report on the party’s internal meetings to the US embassy. 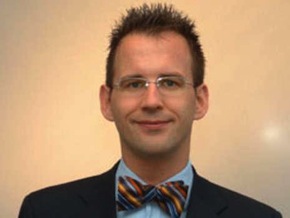 According to Helmut Metzner, Foreign Minister Westerwelle’s (now former) chief of staff, he is that informant, and he has been sacked for being a US mole, the direct confirmed firing to come out of the WikiLeaks cables leak.

The Obama Administration was said to have serious reservations about the Free Democratic Party’s commitment to limited government and individual liberty ahead of September 2009’s election, and expressed hope that Chancellor Angela Merkel could be convinced to foil their agenda to protect her “legacy.”

The cables never named Metzner, but referred to him as “a young, up-and-coming party loyalist” who was providing the US embassy with information. Publicly, Westerwelle appeared contented to let the matter drop until Metzner confessed to his role as the mole.