While the Afghan military has struggled to make lasting changes in their fighting against ISIS, the militant group looks to have suffered a serious blow in northern Afghanistan in recent days, as two top Afghan ISIS commanders and between 200 and 250 fighters voluntarily surrendered to Afghan security forces. 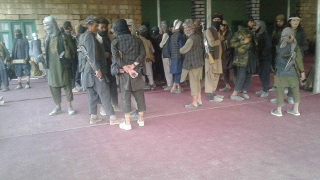 ISIS agreed to the surrender after a two-day fight with Taliban forces around Mazar-e Sharif. ISIS suffered heavy casualties, with at least 40 reported killed. ISIS ultimately decided it would be better to surrender to the government than be captured by the Taliban.

ISIS and the Taliban are often on hostile terms. This new fighting was likely precipitated by an ISIS attack in Sar-e Pul in mid-July, where ISIS gunmen assassinated a Taliban commander and around 20 others at a prayer ceremony.

ISIS has tried to out-compete the Taliban in certain parts of the country by being a more aggressive, more global-focused group. The Taliban, however, have shown that they are not so easily defeated, and can muster a substantial force, whether going against US-backed forces or ISIS.