With Sri Lanka already looking to make an “oil for tea” trade deal to keep buying oil from Iran without violating an US prohibitions, Iranian officials continue to explore other barter solutions around the world as an alternative to US-dominated banking. 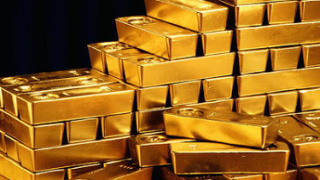 Hassam Khosrowjerdi, the president of the Iran-Africa Council for Economic Cooperation, suggested that trading Iranian oil directly for gold would be a potential solution that would avoid US banks. Major African gold producing nations would be likely customers.

Ghana was specifically mentioned in Iranian state media reports, noting that Ghana imports oil and other oil products from Iran, and is also the second biggest exporter of gold in all of Africa.

This would not only allow Iran to avoid international banks, but potentially could be a boost for their struggling currency. Iran has been importing gold recently already, according to reports, and a big increase in state-owned gold reserves would doubtless be good for the rial.

This isn’t the first time this sort of barter has been considered, or even implemented. Earlier this decade, Turkey was able to continue importing natural gas from Iran by paying for it in physical gold.