Facing new regulations aimed to avoid violating UN and US sanctions on Iran, Sri Lanka’s Ceylon Petroleum Corporation (CPC) has found a novel way to try to keep paying for oil purchases made from Iran. They intend to give them tea. 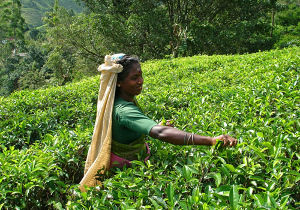 CPC owes Iran about $250 million, which the Sri Lanka Tea Board notes is about the same as the amount of tea Iran would import from Sri Lanka in a year. The suggestion is the oil company pay for the tea and send that instead of money.

The deal isn’t final, and more talks are expected in the coming weeks. With the US trying to restrict Iran’s ability to access the international banking systems, trade for other goods may once again be attempted as a way to circumvent sanctions. There is, after all, no UN ban on sending tea to Iran.

This is not the first time such a scheme has been attempted. In 2012 and 2013, Turkey bought a substantial amount of Iranian natural gas and paid for it in physical gold, which Iran was then able to exchange for foreign cash.