With diplomatic progress continuing apace between the two Koreas, South Korea’s Defense Ministry has announced plans to reduce the number of guard posts and troops positioned along the demilitarized zone border with the North. 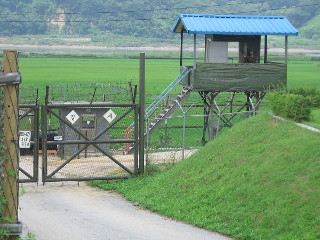 The official report says this is a “preliminary test” on cutting back forces along the border, and would ideally be followed with further reductions. They added that the long-term goal would be the transformation of the demilitarized zone into a peace zone.

North and South Korea have long kept large numbers of troops positioned along their respective sides of the DMZ. The two nations have been in a state of war since 1950, and the situation has been highly tense for much of that time.

In the last six months, substantial diplomatic progress has been made, along with a high-level summit between Kim Jong-un and South Korea’s President Moon Jae-in. The two sides have both agreed to drawdowns along the border as confidence-building measures.