Following Thursday’s announcement that the US will comply with Afghanistan’s Ramadan ceasefire, which covers the Taliban and will last until June 20, the Pentagon now says they intend to step up offensives against ISIS in Afghanistan. 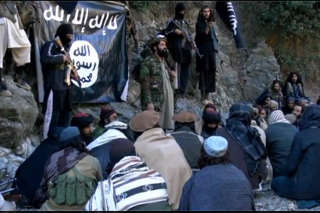 This announcement is perhaps unsurprising, as the US has not committed itself to a peace process in Afghanistan, and has been steadily escalating its military forces in the country. ISIS remains a convenient alternative target while the Taliban is off-limits.

While this opens up a lot more US troops to carry out strikes against ISIS, what it will accomplish remains to be seen. The US and Afghan governments have both claimed to have wiped ISIS out in Nangarhar repeatedly, only for the group to reemerge, seemingly unharmed.

The size of the ISIS force in Afghanistan also isn’t entirely certain, as estimates often downplay the group’s numbers, and casualties inflicted on the group tend to be overstated. This has often meant offensives against them are very recklessly broad, hitting the general region, but not necessarily hitting the group specifically.