As President Trump continues to backpedal on the idea of an imminent attack on Syria’s government, Russian officials say their top priority is to find a way to prevent a direct US-Russia War breaking out over a possible US strike. 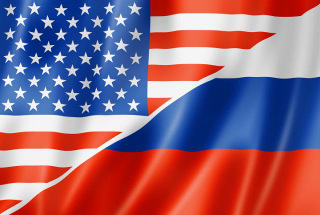 This is a real concern on both sides, with fear of a US strike on Syria escalating out of control said to be a major reason why the administration is shifting away from a strike. Russian Ambassador Vassily Nebenzia likewise warned in comments to reporters that Russia “cannot exclude any possibilities” with respect to a war with the US, citing bellicose rhetoric.

The easiest way to prevent this would be to not attack, and that’s looking at least possible. On Thursday evening, the White House issued a statement saying “no final decision has been made” on Syria and that they are still talking with France and Britain.

This is a big change from Trump yesterday telling Russia to “get ready,” but while cooler heads might be getting at least some hearing at these meetings, there’s still no guarantee they will ultimately prevail. There is still considerable interest among hawks to parlay the alleged chemical weapons attack into a pretext to attack Syria.

Those wishing to call the White House to express opposition to the Syrian War can do so at 202-456-1414. Indications are that there is a significant wait time because of all the calls pouring in. It is well worth waiting, however, given the potentially disastrous consequences of another American war in Syria.

9 thoughts on “As US Mulls Options, Russia Says Priority Is to Avoid War”