Pro-government Syrian troops are said to be “massing” east of the Euphrates River, not far from positions where US troops, and their allies in the Kurdish YPG, are positioned. All of this is close to a previous incident in the Deir Ezzor Province. 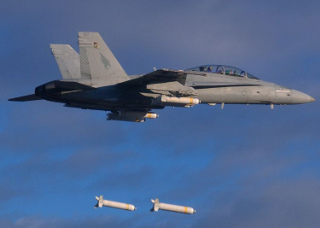 During that incident, US forces attacked and killed several hundred pro-government forces, who they believed were threatening the Kurds. They insisted this was self-defense at the time, and many of the slain were Russian security contractors.

Pentagon officials are once again suggesting the massing fighters might amount to a threat to the Kurds, which makes even less sense now, since Syria’s government has been sending militias into Kurdish territory in Afrin to help the YPG repel a Turkish invasion.

While the shifting of Kurdish fighters into Afrin means they have somewhat fewer defenses in Deir Ezzor, it doesn’t necessarily follow that the Syrians would attack them, and the US suggestion that it’s possible may just be another pretext for a US attack on Syria that the White House was already planning in the first place.