Late last month, President Trump announced the US is unwilling to engage in any peace talks with the Afghan Taliban. The Taliban, however, has now issued an open letter on the matter saying that they do want peace talks, and see the war needing to be resolved through peaceful dialogue. 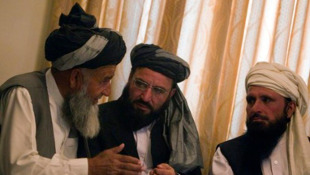 If President Trump’s disavowal of talks marked a big change, the Taliban’s position is even moreso, as top Taliban officials have long spurned the idea of talks without US withdrawal as a precondition, and have repeatedly denied that the talks that have happened amount to peace talks.

In both cases, the position changes may be reflective of the situation on the ground. The Afghan War is going very poorly for the US, and some officials may believe they’d be going into talks from a very weak position now. Likewise, the Taliban may feel they would be going into the talks from a position of real strength.

Of course, it’s also possible the Taliban are just taking this position to embarrass the US, and position them as the ones who are, 16+ years into the war, unreasonable and unwilling to negotiate. One might even imagine this as the US having tricked the Taliban into backing talks through reverse psychology, except that all indications are that the administration is indeed averse to diplomacy here, as with other regions where warfare remains an alternative option.