16+ years into the US invasion and occupation of Afghanistan, President Trump has set out a major policy change, announcing that the US is unwilling to talk peace with the Taliban after spending well over a decade trying to get such talks going. 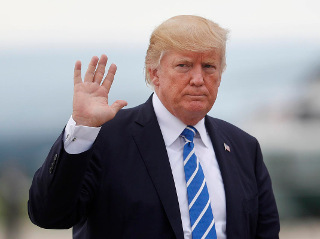 Trump says the US isn’t prepared for such talks because of recent Taliban attacks across Afghanistan, and that any future talks wouldn’t be possible for “a long time” in the future.

Most efforts at getting talks with the Taliban going have been rebuked by the Taliban, and Trump appears to prefer to spin it as the US being opposed to the talks. This does, however, make the US strategy in Afghanistan even less certain.

After over 16 years, after all, the US was never really close to defeating the Taliban outright, and the assumption has always been that at some point they’d get the Taliban to agree to some power-sharing deal. With no willingness to talk about such a deal, the US seems to be committed to a permanent, unwinnable war in Afghanistan.

8 thoughts on “Trump: US Unwilling to Talk With Taliban”