The WikiLeaks releases reveal that in 2009, when the Obama Administration was still looking to clear out Guantanamo Bay and close the infamous detention center, they began offering myriad “trades” to different nations to entice them. In one case, in Kiribati, this was a direct offer of money. 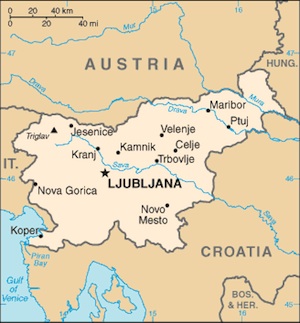 But perhaps the more bizarre case was in Slovenia, where the State Department offered to let Slovenia’s President Danilo Türk meet Obama in return for accepting a Gitmo prisoner. The offer, odd though it may seem, appears to have been accepted by the Slovenes.

Slovenia’s Interior Ministry announced in mid-June of 2009 that they were willing to accept Guantanamo detainees from the US. though they denied at the time that the US had even approached them to do so. This, it seems, was a lie.

The delivery of the promised “payment” came pretty quickly as well, as President Obama met with Türk in early April, just over two months before the announcement. The delay appears to have been chiefly because the European Union, of which Slovenia is a member, did not agree to accept Gitmo detainees until shortly before the Interior Ministry’s announcement.