At least 38 people were killed today and 72 others wounded when suicide bombers hit a pair of crowded commuters trains in the Moscow subway, the worst such attack in over six years. 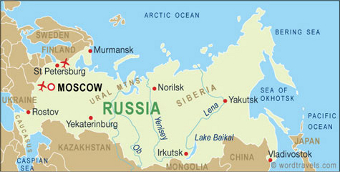 The attack caused panic at Moscow’s central station and has led to fears among security officials that a long promised escalation of attacks against the city by militants could finally be coming to pass.

So far no group has claimed responsibility for the attacks but Russian officials are looking at the Northern Caucasus as a likely source. This seems a good bet but also doesn’t narrow things down much, as Russia has not only made long-standing enemies in Chechenya, but also has militant groups in nearby Dagestan and Ingushetia increasingly up in arms.

Reports that the suicide bombers were women has also raised concern in the nation, as previous bombings in Russia had also been carried out by women who blend seemlessly into the region. And while officials promised to beef up security even more in the wake of this attack, it seems there is only so much that can be done, and certain targets will inevitably remain vulnerable.

3 thoughts on “At Least 38 Killed in Moscow Subway Bombing”