Tensions between China and India are reaching a multi-decade worst today, as troops on both sides exchanged fire along the disputed border at Kashmir. Both sides are blaming the other for provocations, and said they fired “warning shots.”

There was fighting along the border back in mid-June, with troops on both sides using metal bats to beat one another to death, and officials proudly assuring that there was no gunfire. Today’s gunfire is the first confirmed shots fired since 1975.

Both nations massed troops at the Line of Actual Control (LAC) back in June, and seemingly were waiting for an excuse to start fighting. Both sides are ssaying the other started this, with Chinese officials saying Indian troops “blatantly fired” on the border patrol, and India saying Chinese troops fired first to intimidate them.

The land along the border for both countries is relatively unimportant, but both sides have committed much of their national respect to the idea that they won’t allow themselves to be brushed aside in the area, risking this turning into a much bigger conflict. 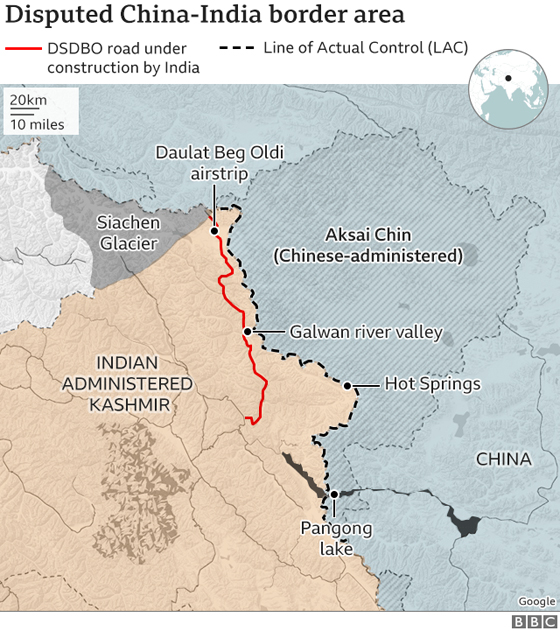