UN special envoy for Syria Staffan de Mistura is asking Syria to delay its planned invasion of Idlib Province because of the dense population of civilians in the area. He warned heavy fighting with a large number of terrorists in the area could risk a humanitarian crisis. 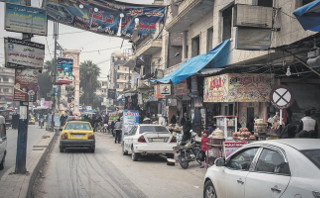 In particular, Mistura warned that such fighting could lead to either Syria’s government or the Nusra Front using chemical weapons amid the chaos. It is unusual for an official to admit the possibility of a chemical attack that isn’t immediately blamed on the government.

His concern is not unfounded, as it comes amid a flurry of reports of rebels plotting to “stage” chlorine gas releases to simulate an attack. The US has threatened to attack Syria if a chemical weapon is used, and the US never seems to bother with figuring out who released the chemicals.

Mistura noted that of the rebels in Idlib, some 10,000 are considered UN-designated terrorists for ties to al-Qaeda. That’s a huge number, and Syrian officials have used wiping out such terrorist groups as a key priority in the upcoming offensive.