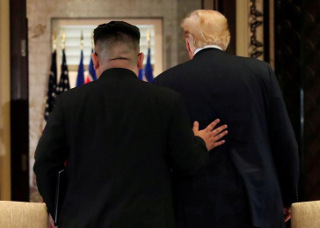 Today, officials are offering more details on what the letter actually said, warning the US that North Korea believes the denuclearization talks are “again at stake and may fall apart.”

The letter is said to have retreated North Korea’s desire for a peace treaty, and noted that they believe ending the Korean War is crucial to lowering tensions. US officials reiterated that they’re not ready to end the war.

How this amounts to a “belligerent” letter, as described by US officials, isn’t clear, since seeking peace seems the exact opposite of belligerent. North Korea did, however, warn that if the talks crumbled, they might resume nuclear and missile testing.

President Trump’s comments on the cancellation were totally different from this, as he suggested he was personally upset the denuclearization wasn’t going faster. Moreover, he blamed China for the lack of progress, though there is no indication China was at all mentioned in the letter.