State Department officials announced on Friday that over $200 million in frozen funding to the Palestinians in both the West Bank and Gaza Strip are being cut outright, with the funding to be diverted elsewhere. 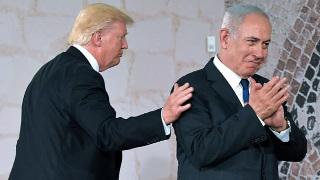 Exactly where the $200 million is going isn’t clear, beyond officials saying it would be “spent in accordance with US national interests and provide value to the US taxpayer.” National security adviser John Bolton said the cut was “long overdue.”

This is the second redirection of foreign aid funds to be announced in the past week. Last Friday, the State Department announced $230 million in funding initially earmarked for reconstruction inside Syria had similarly been withdrawn, to be spent on other, unspecified priorities.

Combined, this puts nearly a half billion dollars of the US foreign aid budget, specifically earmarked by Congress, and allows the administration to spend it virtually however they want. Whether they ever tell anyone what they spend it on remains to be seen.

The timing of this announcement is also likely to anger the Palestinians, coming just days after President Trump promised to give them “something good.”