Saudi warplanes carried out an airstrike against the Yemeni port city of Hodeidah on Thursday, hitting a camp for internally displaced people, and killed at least 31 civilians. The slain included 22 children. 79 civilians were wounded, again overwhelmingly children. 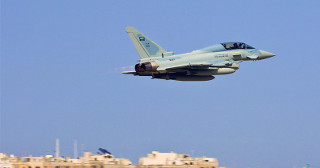 According to reporters, multiple attacks took place against the camp. The initial strike sent children scrambling for an evacuation bus, then a subsequent strike hit the bus itself.

Saudi coalition officials claimed the Houthis, who are in control of the city, attacked the camp themselves. This is not possible, of course, because the Houthis don’t have any warplanes in the first place.

This marks the second major incident of the Saudi-led coalition killing large numbers of children in Yemen in recent weeks, both of the attacks involving attacking a bus. The previous attack, in Saada, killed 51 civilians, 42 of them children.

In the Saada attack, the coalition insisted attacking a school bus full of children was a “legitimate military action.” It is clear, however, that they don’t want to admit to this current attack, as they are trying to pin it, unconvincingly, on the Houthis.