The Russian Defense Ministry has announced that next month, they will be holding the Vostok 2018 war games, which are to be on an “unprecedented scale.” It is expected to be the largest exercise held in Russia since the Soviet Union’s collapse. 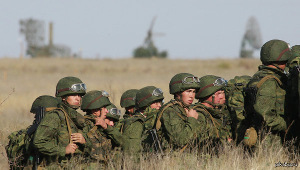 In 1981, the Soviet Union organized Exercise Zapad-81, which was the largest ever held by the Soviets. The exercise centered on central Europe, and Poland in particular. That exercise involved all elements of the Soviet military.

The Vostok exercise will be held in Siberia, and will include multiple nations, including China and Mongolia. The exercise is expected to involve as many as 150,000 soldiers world-wide. The overwhelming majority will of course be Russian troops.

The inclusion of China is seen as a major confidence-building measure, as previous Vostok exercises were seen as preparation for a potential land war with China. Clearly, that would not be the case if the Chinese are invited to participate.