While the Trump Administration says they believe it would be best for the Palestinian Authority to impose total control over the Gaza Strip itself, they also say that their support for the Egypt-led ceasefire effort remains with or without PA involvement. 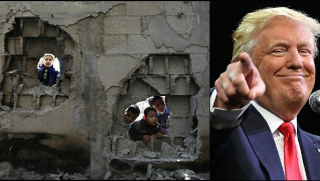 Egypt’s push for a long-term Gaza ceasefire between Hamas and Israel has a series of stages associated with it, and does envision talks with the PA and free elections in Gaza. It’s not entirely clear this is going to happen, however, as it was conditioned on the PA paying government workers in Gaza.

US officials say they want to see the fighting end, and a “stable cease-fire” even if that means the PA doesn’t get immediately involved. The real question right now on the process is if the Israeli security cabinet will endorse the ceasefire, and so far that’s uncertain.

The last time Israel’s cabinet met on the ceasefire, earlier this month, came and went with no announcement of what they decided. Wednesday, the cabinet is reportedly going to meet again, though again it’s not clear that Israel is close to deciding either way, and some factions in the far-right government generally reject the idea of a deal with Hamas.