The central Yemeni city of Taiz is usually at the middle of fighting between the Saudi-backed invasion forces from the south, and the rebel Houthis in the north, with control of the nation’s main highway up for grabs. Over the past two days, however, it’s been two Saudi-backed forces fighting one another. 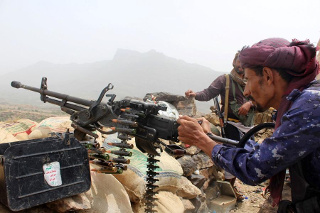 Fighters loyal to Vice President Ahmar have been fighting with a pro-government militia based in Taiz since Sunday. At least 18 fighters have been killed between the two sides, and officials say they aren’t fully clear why the two groups are fighting.

There was no official statement out of the Saudi-led coalition that’s ordering all these factions around, except one claiming a surprises attack had killed a lot of Houthi rebels in Taiz. It’s not clear if that is an unrelated incident, or just the Saudis spinning the fighting in the city as being something other than infighting.

Further south, in Aden, the governor of Taiz survived an apparent assassination attempt in a roadside bombing. Officials similarly said it was unclear if this was related to the fighting in the city itself.