The Saudi-led coalition attacking Yemen has promised that they will carry out an investigation following Thursday’s attack in the Saada Province. In the strike, Saudi warplanes attacked a schoolbus outside of a crowded marketplace, killing at least 50, mostly children. 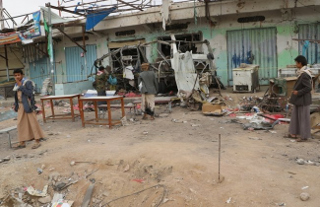 The coalition says they are “firmly committed to investigating all claims regarding mistakes or violations of international law.” This statement was made through the Saudi press despite officials insisting on Thursday that the killings were a “legitimate military action” and perfectly legal.

Gory photos of dead children that followed, however, fueled a lot of calls from the international community to investigate the matter. UN Secretary-General Antonio Gutterres condemned the strike and urged an “independent and prompt investigation.” The Houthis, who control northern Yemen, backed the call.

In general, international probes don’t happen in Yemen. Saudi complaints keep the UN from issuing any critical statements, and the US has generally prevented the UN Security Council from backing anything on Yemen that the Saudis would object to. In the past, the UN has simply allowed the Saudis to investigate themselves.

The Saudi coalition’s internal investigations, to the extent they happen at all, rarely are made public. When they are, they have endorsed every attack, or denied that they happened at all.