The ordered manual recount of the votes from May’s Iraq parliamentary election have finished, with the results broadly unchanged. Fewer than a dozen seats changed hands out of 329, and cleric Moqtada al-Sadr’s bloc retained the same plurality as before. 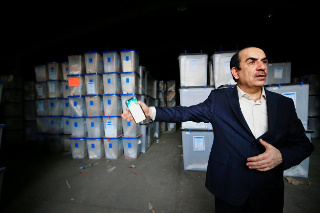 Sadr’s bloc has 54 seats out of the 165 needed to form a government. He’s already formed alliances with the Hadi bloc, which has 48 seats, and the Abadi bloc, which has another 42. He had previous coalition deals with two parties making up another 40 seats. There are clearly multiple avenues to a coalition through all of this, but which parties will be willing to join with one another is as yet uncertain.

Sadr has also pushed forward a series of 40 conditions for any future prime minister, now that it’s become increasingly clear that Hayder Abadi will not retain the post. Sadr is demanding a fully independent premier with no political affiliation not accusations of corruption.

Sadr says anything short of these demands would lead him to take his political faction into the opposition. This is unlikely to actually happen, since there is no practical alternative government to be formed without Sadr, and his bloc being in the opposition seems certain to lead to another election.