The re-imposition of US nuclear sanctions on Iran began Monday, and try to ban the trade of Iranian products to the US. These bans, of course, are meaningless, since the US never fully lifted the nuclear sanctions to begin with, and trade with Iran never really restarted. 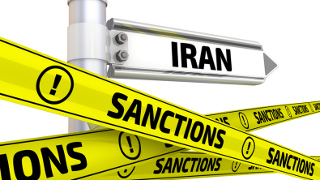 In reality, the goal of US sanctions is to force the rest of the world to stop trading with Iran. That’s why officials are being so public in emphasizing how aggressively and strictly they will be enforced on other countries.

The main focus for the US is cutting Iran’s oil sales abroad. Oil is by far Iran’s biggest and most important export. US officials say that they want to cut Iran’s sales to zero “as quickly as possible” and probably won’t be offering waivers to allies that want to keep buying oil.

China is Iran’s biggest customer, and was the first the US demanded to stop buying oil. China refused. India, on the other hand, has offered to reduce their purchases, and some other countries may as well. Iran, however, clearly won’t see its exports go to zero any time soon.

President Trump says the goal is “maximum economic pressure,” but that he’s open to new negotiations with Iran. That openness has some questions, as he announced previously he wanted talks with “no preconditions,” only to be followed by the State Department imposing a flurry of preconditions just hours later.

Iran is not showing much interest in talks so long as they come with US threats, and their goal remains trying to keep the P5+1 nuclear deal in place as well as possible without the US. Early signs are that the other signatories are trying to do the same, and won’t be joining US sanctions.

12 thoughts on “US Vows ‘Aggressive’ Enforcement as Iran Sanctions Reimposed”