Visiting Moscow on Monday, Sen. Rand Paul (R-KY) called for increased dialogue with Russian officials, saying that even though the two nations aren’t friends, they share a number of common interests. 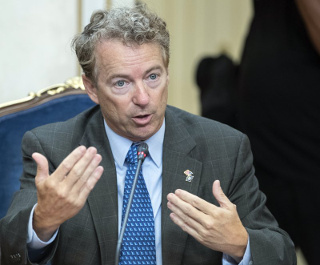 Sen. Paul met with a number of Russian officials, and invited MPs from the Russian Foreign Affairs Committee to come to the US for meetings. Paul also told reporters that there are hopes to have meetings in a neutral third country.

Russian foreign affairs chairman Konstantin Kosachev says that no plans on meetings have been finalized, but that he hoped such a meeting was possible to arrange before the end of the year.

Sen. Paul said he visited to show Russians that there are “many Americans who want to have diplomacy, that want to have engagement.” The timing of this visit is key, as a number of US lawmakers are trying to impose new sanctions on Russia, and resisting diplomacy.