As Syria finishes mopping up ISIS forces in their territory along their southern border, some ISIS are fleeing further south. This led to incidents where both Israel and Jordan reported killing a number of ISIS fighters trying to cross the border. 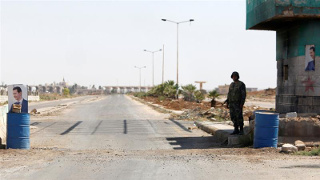 Israel reported seven ISIS killed on their border, and that the ISIS were just 200 meters from the Israeli-occupied side of Golan. Russia promised to deploy military police to the Golan Frontier to try to prevent conflict.

The Jordanian Army reported much the same on their border with Syria. They didn’t offer exact figures, but said ISIS forces were trying to cross their border and that “some of their members were killed” in doing so.

The ISIS affiliate in the southwest was the last of the rebels holding any territory in the area, and has lost its last few villages in recent days. While most of the rebels ultimately made deals to be evacuated into the north, ISIS kept fighting, and eventually just fled out of their last territories.