According to John Bolton, President Trump has decided to delay his invitation of Russian President Vladimir Putin to the White House for a second summit. The visit will be postponed until at least the first of next year. 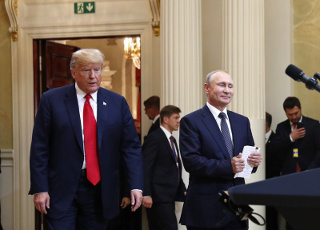 Reports suggest this is a response to intense Congressional opposition to the invitation. Bolton also suggested that Trump wanted to wait until after the Mueller investigation is over to have the meeting.

Trump and Putin met earlier this month in Helsinki, their first summit since Trump’s election. Though by administration accounts the meeting went quite well, it \also sparked a lot of media and lawmaker criticism, with many believing Trump should’ve been more hostile.

Inviting Putin for a second summit was initially seen as an attempt by Trump to defend the progress made, but the criticism has only continued. This is why many believe the delay amounts to Trump trying to back away from the summit.