US officials say that the Trump Administration has formally launched an “offensive” campaign of speeches and online statements aimed to erode support for Iran’s government and to foment pressure against them. 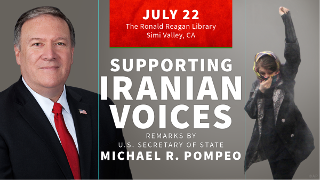 The US pressure is being done primarily to try to force Iran to end its civilian nuclear program. Iran’s program operates under the P5+1 nuclear treaty, which the US recent withdrew from. US officials confirm upcoming statements against Iran will portray them in a harsh light, and may be “exaggerated” or even contradict previous statements.

Earlier this month, Israeli officials told reporters that the US and Israel had already formed a “joint working group” designed to plot against Iran, and that it’s focus was to fuel internal unrest against the government.

Officials at the time said that plot was not done with an eye toward regime change, but rather to try to fuel public protests among Iranians themselves. There have been Iranian protests against the government in recent months.

In comments doubtless unrelated, Secretary of State Mike Pompeo on Sunday issued a statement calling on overseas Iranians to do everything they can to support the protesters. Pompeo referred to Iran as a “kleptocratic regime” that had been stealing from the Iranian public for 40 years.