His latest foray into Twitter diplomacy, President Trump on Friday night issued a statement in all capital letters declaring “To Iranian President Rouhani: NEVER, EVER THREATEN THE UNITED STATES AGAIN OR YOU WILL SUFFER CONSEQUENCES THE LIKES OF WHICH FEW THROUGHOUT HISTORY HAVE EVER SUFFERED BEFORE. WE ARE NO LONGER A COUNTRY THAT WILL STAND FOR YOUR DEMENTED WORDS OF VIOLENCE & DEATH. BE CAUTIOUS!” 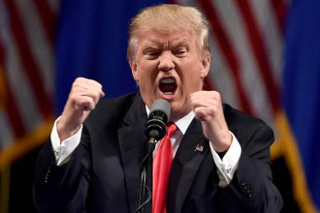 Rouhani’s comments came amid media reports quoting US officials confirming that the US is trying to undermine Iran’s leadership with diplomatic statements. Rouhani added that he didn’t feel the US was in a position to “incite the Iranian nation against Iran’s security and interests.”

Though Rouhani’s comments are relatively common for Iranian officials, portraying their nation as ready to defend themselves while also open to peace, President Trump’s response seems to be taking the bellicosity his own comments on Iran are known for to new extremes.

It is not unusual for President Trump to give the impression that he is somewhat unhinged, and liable to do anything at any time, a negotiating strategy that is likely deliberate. This is an odd time for it, however, as it both allows Iran to fairly portray itself as a victim being bullied by the US for virtually no reason, and also undercuts recent US attempts to convince EU nations to go along with their anti-Iran policies.