On Thursday, local Afghan officials reported “more than 10” civilians were killed in a Kunduz airstrike. At the time they claimed this was an Afghan, not US airstrike. It turns out this was untrue, and officials are now confirming that the strike killed 14, and was a US strike. 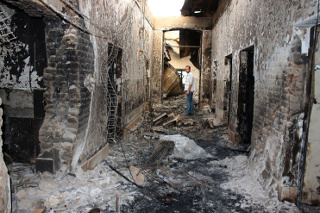 The US is struggling to shift the narrative on what happened, and now says that the family of 14 killed, which included small children, including a three-year-old girl, were all “Taliban fighters,” and that no civilians were killed.

Local officials reiterated that everyone killed was civilians, while the Afghan military issued a statement saying that there can’t possibly have been any civilians killed because “foreign troops are our friends and we don’t target civilians.”

The Kunduz governor’s office has promised an investigation, and quoted local elders as saying none of the slain were armed, let alone Taliban fighters. They confirmed that “some Afghan civilians were killed and wounded.”

4 thoughts on “US Airstrike Killed 14 Civilians in Northern Afghanistan”