US airstrikes against villages in the eastern Syrian Deir Ezzor Province killed at least eight civilians, and wounded dozens of others, according to locals. The attacks targeted an area where ISIS is believed to have a presence. 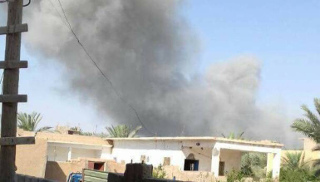 The strikes, which were carried out on Sunday night, targeted the town of al-Hajeen and nearby villages. ISIS fighters believed to be present have, according to locals, already withdrawn to other towns along the border thereafter.

Among the eight civilians killed, five are reportedly Iraqi citizens, who had been displaced across the border by fighting against ISIS. Kurdish officials say ISIS yet holds five towns near the border along the Euphrates River.

Kurdish forces are carrying out an offensive against this area, trying to displace ISIS, and have captured at least 200 tribesmen in the last month on charges of supporting ISIS. The US has been supporting those offensives with air support, with casualties following.