US and coalition planes in the eastern Syrian province of Deir Ezzor attacked a village along the Iraqi border which had some ISIS remnant forces within. Among the strikes was an airstrike against the local ice factory, which families were hiding out in waiting for the end of the raid. 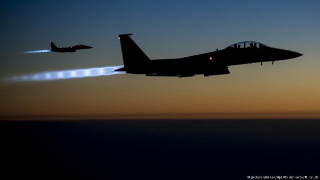 At least 28 civilians, and over 30 civilians by some accounts, were killed in the attack, and dozens of others were wounded. The Syrian state media reported that the US was behind the strike.

The US did not contest this assessment, with a spokesman saying that US coalition forces “may have conducted strikes in the vicinity” and promised that there would be an assessment at some point regarding civilian casualties.

Pentagon assessments of civilian deaths in Iraq and Syria don’t have the best track record. In general, the Pentagon reports cover about 10% of civilian casualties reported by human rights groups, dismissing everything else as non-credible.