Officials say that President Trump is growing increasing impatient with the lack of progress in Afghanistan. Trump grudgingly authorized a substantial escalation in August, and officials say they believe another policy review could be ordered in the next few months. 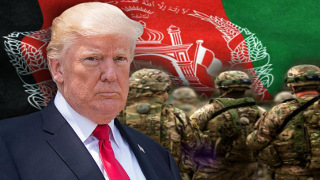 17 years into the US occupation of Afghanistan, new strategies have been implemented countless times, and “reviews” are almost always either ongoing or seen as imminent. This review would focus on negotiations with the Taliban, as well as whether the US would further alter their relationship with Pakistan, which US officials have blamed for the Taliban’s success.

Already, there are signs of changes on the talks, with Trump having previously ruled out peace talks, and Secretary of State Mike Pompeo encouraging such talks just days ago. This is a substantial change, and came with a statement encouraging the Afghan government to take the lead.

While political officials seem to be willing to admit the war is going poorly, the Pentagon is going to have problems facing such a review. As they have through almost the entire war, Pentagon officials have been loudly insisting that they believe progress is being made, and that they have almost turned the corner.

Since the August 2017 policy announcement was a massive escalation of the war, it’s not clear what the new policy will be, or at least how it will differ in any way. Though Trump has said before his instinct is to withdraw from Afghanistan, many policy reviews end with the US just doubling down on the existing strategy and pretending it’s an alteration.