On Friday afternoon, Syrian rebels confirmed that a deal was reached with Russian and Jordanian negotiators to end the offensive in Daraa Province, and bring the region back under de facto government control. 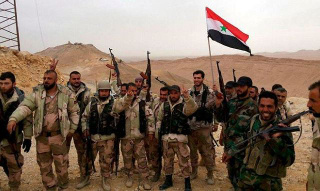 Under the deal, Russian military police will take the border crossings, and will guarantee the return of displaced civilians and rebels who want to end their opposition to government rule. The rebels will disarm, but in a series of stages.

In addition to ending the Syrian military offensive the deal also calls for the gradual withdrawal of Syrian Army forces from the towns they’ve taken, to be replaced by local forces who are overseen by Russia. This too is expected to take some time.

Those rebels unwilling to resolve their rebel status, for which the Syrian government has been offering broad amnesty, are expected to be transferred north into rebel-held areas there. Once completed, this effectively ends the rebellion across southern Syria.