Taliban spokesman Zabihullah Mujahid announced on Monday that they are rejecting calls by Afghan elders to extend a previously expired ceasefire. Mujahid said the push for another pause amounted to a call to surrender. 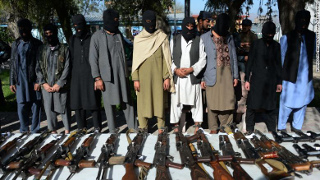 The three-day ceasefire was an unprecedented successful pause in the Afghan War, covering the holiday of Eid al-Fitr. There was high hope that this would lead to more ceasefires, and the Afghan government offered to extend it as long as another full year.

Mujahid expressed annoyance that all of the onus for a truce was being put on the Taliban, and that the elders weren’t calling for the withdrawal of foreign troops, but just expecting the Taliban to accept a government imposed under foreign occupation.

Elders who met recently issued a statement saying they are “fed up with operations by government forces in our areas that trigger fighting for days.” Afghanistan has a great deal of war exhaustion, 17 years in, and there is growing pressure on everyone, Taliban included, to do something to move toward an end. Since the Taliban is openly rejecting the ceasefire, they’ll likely continue to face most of the calls to shift their tactics.