A new report has been released looking into the increasingly ambitious “parallel state” being run by the Taliban across Afghanistan. This state not only governs vast areas within Afghanistan, but is looking to scale up with an eye toward eventually returning to power nation-wide. 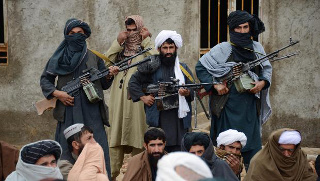 An insurgency since the 2001 US invasion, the Taliban had a history of governing Afghanistan. Within territory they rule, they still provide services, including health and court systems. This is true both in districts they totally control, and in some contested areas where they have enough of a presence to operate freely.

In some contested areas, the report says Taliban and Afghan government forces interact routinely, and often negotiate ways to deliver series in a joint manner. They have tax collectors, and their courts often mediate civil cases.

The Taliban’s “shadow government” has existed virtually throughout the US-led occupation. Yet as the war has dragged on, and territory under government control has shrunk, the Taliban has expanded its focus on not just fighting, but governing controlled territory. They also are setting up for the end of the war, and the US withdrawal, with an eye toward governing all of Afghanistan again.