According to reports in the Syrian state media, US-led coalition warplanes carried out airstrikes against the village of Jabal Ghurab, east of Palmyra, and not far from the Iraqi border. The attack targeted a Syrian Army position and killed one soldier, wounding several others. 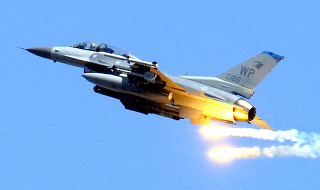 In addition to the army position, a number of homes in a residential area were destroyed or badly damaged, and the media reported at least eight people were killed. The US has yet to comment on the matter.

Syrian officials reported a brief exchange of fire between US and Syrian forces shortly before the airstrike. The exchange of fire was further south, near the US base at al-Tanf, and officials say that coalition vehicles were moving away from the area after the skirmish.

US and Syrian forces rarely clash directly, despite the Pentagon having presented its military presence in Syria, since the defeat of ISIS, as being about ensuring regime change. It would not be unusual for the US to respond to an exchange of fire with airstrikes, though much remains unclear about the incident.