ISIS has launched what is described as their biggest offensive in Syria of the year, with 10 suicide bombers on Friday starting a major offensive against the city of Albu Kamal. This is the main border crossing into neighboring Iraq. 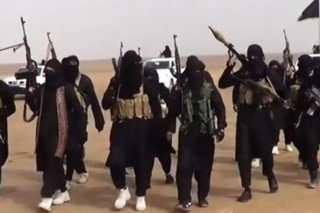 The offensive appears to have been at least somewhat successful for ISIS, as reports are that by the end of Friday they had retaken multiple parts of the city, as fighting continues to rage in other parts. The size of the attacking force isn’t clear.

In addition to the 10 suicide bombers, 25 pro-government fighters, including both soldiers and militia members, were killed in the fighting. ISIS forces in Syria are believed to be around the Euphrates River area, in the sparsely populated deserts.

Being in those deserts has made them tough to target, as they’re spread out. It also has left ISIS within spitting distance of a number of important towns and cities on the Euphrates itself, including Albu Kamal. Today’s attack proves this means ISIS can continue to contest those areas when it believes it would be prudent to do so.