Poland has long expressed interest in securing a permanent deployment of foreign troops from a NATO member nation. The Polish Defense Ministry has confirmed that they are willing to pay the US up to $2 billion if it is an American base. 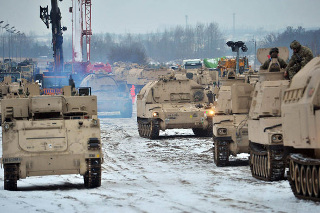 Defense Ministry officials say that there is a “clear and present need” for Poland to have a permanent US armored division in their country, and that they are willing to help defray the cost of deployment with the money. They say this will make the deployment more “cost effective.”

In reality Poland, like most developing countries, sees a US base as both a guarantee of more US military support, and an economic boon for the surrounding area. They seem to be assuming that President Trump’s long insistence that NATO nations pay a “fair share” will make him amenable to this proposal.

But in practice, the US will lose out in the long run. Foreign bases generally cost the US in the range of $200 million annually above and beyond the cost of domestic hosting. The $2 billion would defray building costs, but ultimately the US will be on the hook for hundreds of millions of dollars extra annually.