The US Special Inspector General for Afghanistan Reconstruction (SIGAR) has issued a new report Thursday. The report concluded that the 15-year, $5 billion Afghan stabilization program has been a failure. 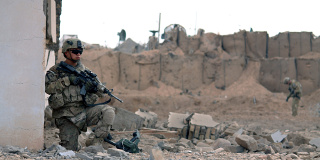 SIGAR concluded that the US had “unrealistic expectations” for the timeline of stabilizing Afghanistan, and that many of the programs they attempted actually backfired. He concluded the program in general had “mostly failed.”

The report said that the problem was that they focused on the most dangerous districts in Afghanistan first, where the poor security made it virtually impossible to follow through on building projects. When the US withdrew from those areas, the programs ended outright.

One thought on “Watchdog: US Stabilization Program in Afghanistan a $5 Billion Failure”