The inspector general has issued a new report openly scorning Pentagon claims of progress in the war in Afghanistan, noting the continued large attacks from the Taliban and ISIS, and that available data simply doesn’t show progress in much of anything. 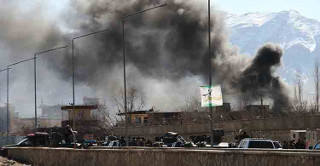 That’s been a recurring theme in the war, now 17 years in. Pentagon officials have claimed in recent months that they see progress being made, and that they’ve “turned the corner,” but they’ve made similar claims dozens of times with nothing to show for it.

Meanwhile, ISIS and the Taliban are able to carry out major attacks even in supposedly secure districts. The Taliban controls broad swathes of the country, and only yesterday the Afghan senate admitted that roughly half of the country is outside their direct control.

That’s all bad news that’s been growing markedly worse in the past couple of years. The US has increased their own presence in Afghanistan, and is launching a soaring number of airstrikes, but neither of those has changed the underlying reality that the war is being steadily lost.