Immediately following President Trump’s order to withdraw from the P5+1 nuclear deal with Iran, US Treasury Secretary Steve Mnuchin announced the revocation of licenses to Airbus and Boeing to sell passenger planes and parts to Iran. 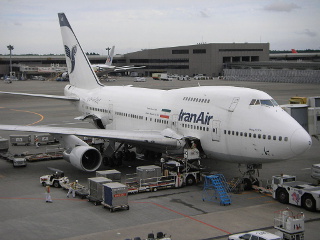 The licenses, according to Treasury officials, will expire in 90 days, which will allow the companies some last minute part sales. IranAir was expecting to buy a whole new fleet of planes, however, to replace the aging and in many cases unsafe planes they were using from before the Iranian Revolution.

The plan was for IranAir to buy 100 planes from Airbus, 80 from Boeing and 20 from ATR. Mnuchin says that any waivers to the revoked licenses would be taken on a case-by-case basis. The loss of the sales is going to be financially disastrous for the companies, however.

Boeing was expecting to make about $20 billion on the deals, and would support an estimated 100,000 jobs. The company insists that they will follow the US government’s lead on the renewed sales ban. Airbus and ATR, both foreign companies, may not feel so inclined.

Though the Treasury Department has a say, since the planes in question contain US-made parts, European countries are likely to be none-too-happy with the US costing their companies so many billions in sales. It will also likely lead to efforts to work around the US parts, and therefore the ban.

19 thoughts on “US Revokes Licenses to Boeing, Airbus to Sell Passenger Planes to Iran”