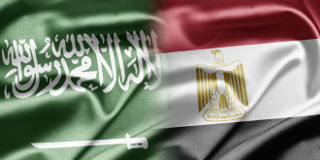 This “Arab Force” would be from countries favoring regime change in Syria. The idea was proposed last month by the Trump Administration, which sees the Arab Force as a replacement for the US ground troops currently in Syria.

This was initially sold as a “stabilization” operation in Syria’s northeast, which is the Kurdish-held region. Clearly, such a deployment would not be endorsed by the Syrian government, and would eventually lead to direct military clashes with Syrian forces.

While the nations involved in the Arab Force aren’t all named, the Saudis and Egyptians’ involvement suggests it will mirror the Saudi-led invasion of Yemen. This US-backed invasion of Yemen has been calamitous, killing large numbers of civilians, and failing to achieve its military goals.

It is a surprise, given how bad Yemen has gone, that Egypt and the Saudis are willing to consider throwing together another force to invade Syria. US officials see this as a way to get US forces out of Syria, though it’s unclear if the Kurds are on board with the plan.