The Chinese government has rejected US allegations of China using “military-grade laser pointers” to blind US pilots in Djibouti. The US claimed that two pilots had suffered minor eye injuries from laser light while landing at their Djibouti air base. 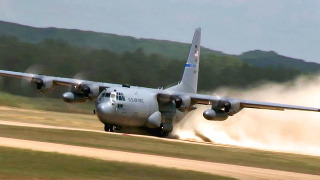 The Chinese Foreign Ministry confirmed that they looked into the US claims, and found that they were “groundless.” The US offered no evidence that the Chinese military had actually been behind the lasers.

The Pentagon says that in the past several weeks, there have been a series of incidents.  . The Pentagon says that the laser pointers pose “a true threat to our airmen” and that they take the matter very seriously. Officials added they were confident whoever shined the lasers was Chinese but offered literally no evidence of that.

The US airbase in Djibouti is the only permanent US military base in Africa. China opened a naval base in Djibouti just a few miles away. It’s not clear how the Pentagon decided the lasers were Chinese, beyond them having a base sort of nearby.

Shining laser pointers at pilots is a problem around a lot of airports. Laser pointers are so ubiquitous these days that to blame a foreign military for such a tactic seems highly dubious. If China really wanted to disrupt US flights, they’d surely be able to do more than cause minor injuries to a couple of cargo plane pilots.