The US Special Inspector General for Afghanistan Reconstruction (SIGAR), a Pentagon watchdog, is warning that the Afghan military is in sharp decline over the last 12 months, as rising casualties and desertion rates far outstrip its ability to recruit. 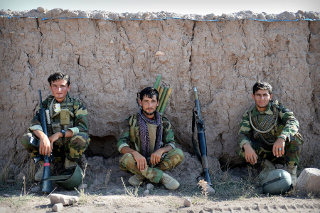 Over 12 months, the Afghan security forces have 10% less personnel, down to around 300,000. While reports of growing casualties, struggling recruitment, and desertion have been common, this is the first actually data offered on the size of the problem.

The Afghan National Army wasn’t happy with the report, dismissing the SIGAR report as “not 100% fact.” They didn’t offer any specific corrections to the numbers, but insists Afghanistan has “enough” soldiers to fight, and that morale is very high.

SIGAR head John Sopko said that building up Afghan forces has been a top priority throughout the war, with the US spending billions of dollars on it. He said it was “worrying” that despite all that expense, the Afghan forces are shrinking.