North and South Korea have begun dismantling their respective loudspeaker systems along the border Tuesday. These speaker systems are coming down as part of a promise made during Friday’s summit in the demilitarized zone. 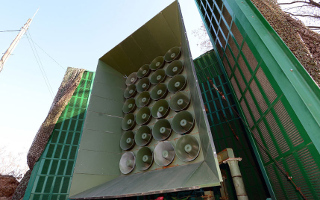 South Korea made the first move on this, shutting down their speakers over a week ago. Shutting down the speakers is a good first step, but it has happened often enough in the past. Dismantling them outright gives an appearance of permanence.

This is the first visible change to come out of last week’s summit. It is likely the first of many, with the two sides agreeing to work toward a deal over the next year to end the Korean War, which is still ongoing after 68 years. Both nations are clearly optimistic about such prospects, and would not be dismantling the loudspeakers if they thought this was just another false start toward peace.